In 2012 Mike was filmed by Japanese TV for a documentary about Slowhand's classic song Layla. The programme called "Love Song of Genius" was shown on BS Fuji TV Japan on 3rd January 2013. If you want to watch an excerpt from the programme, there is a link below. We'll try to add the full programme in the near future.

The programme also includes interviews with Penny Junor (who ghost wrote Patti Boyd's biography) and also an interview with one of Patti's friends. 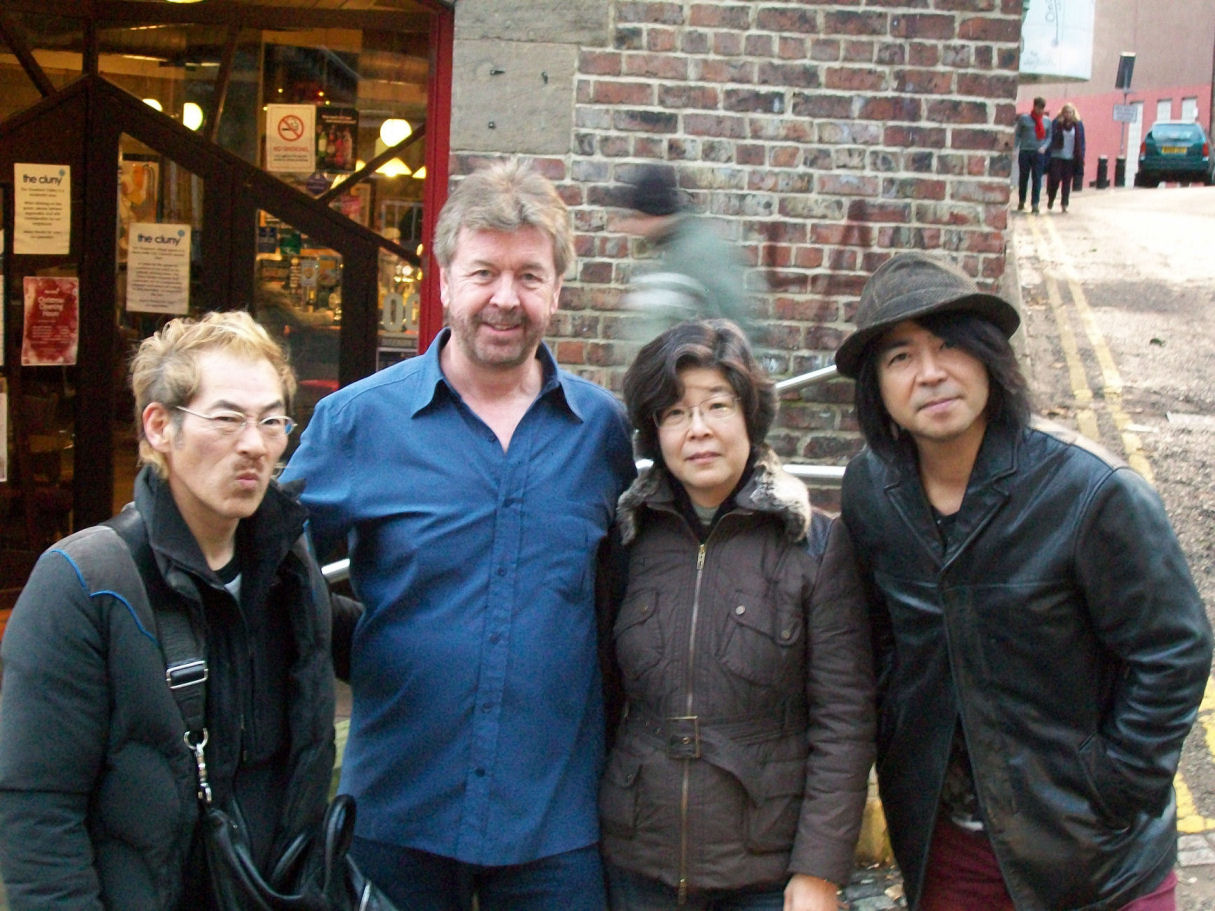 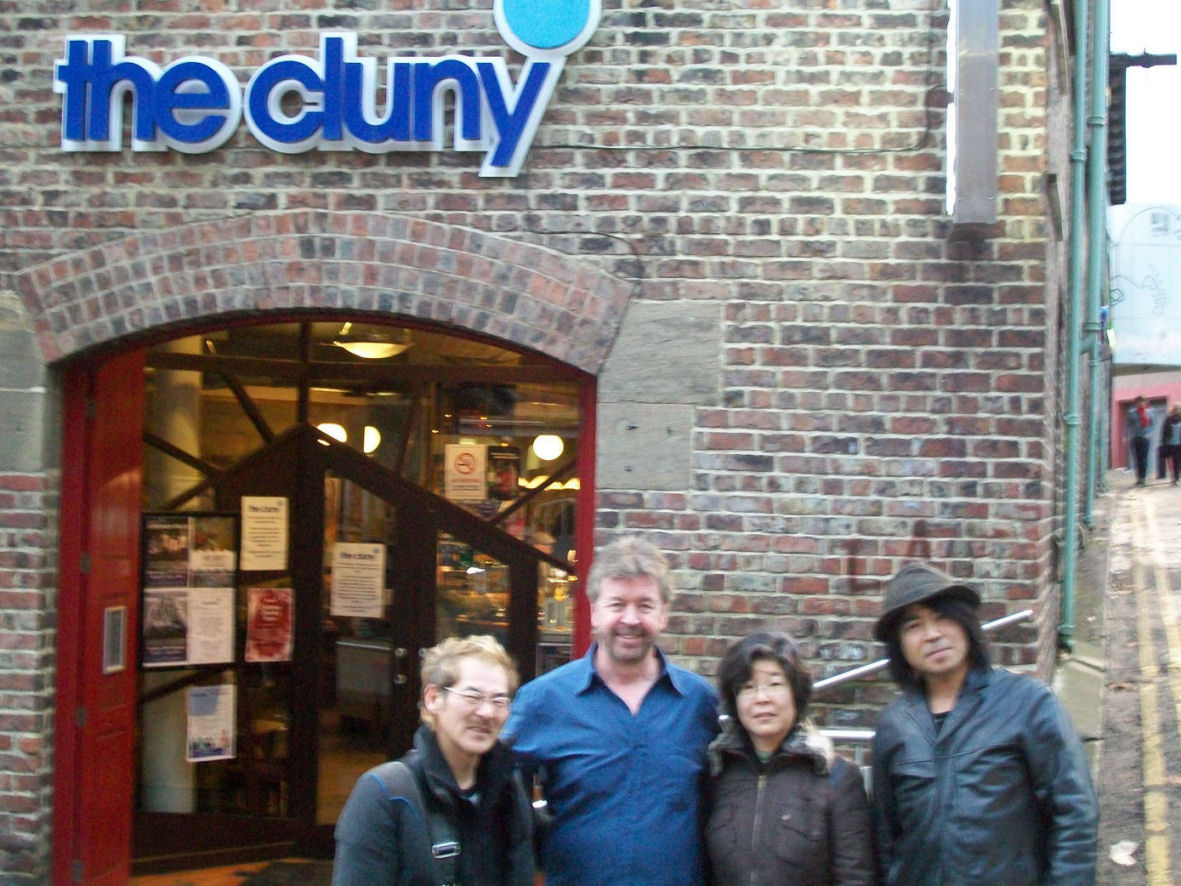 Outside The Cluny before returning to London. 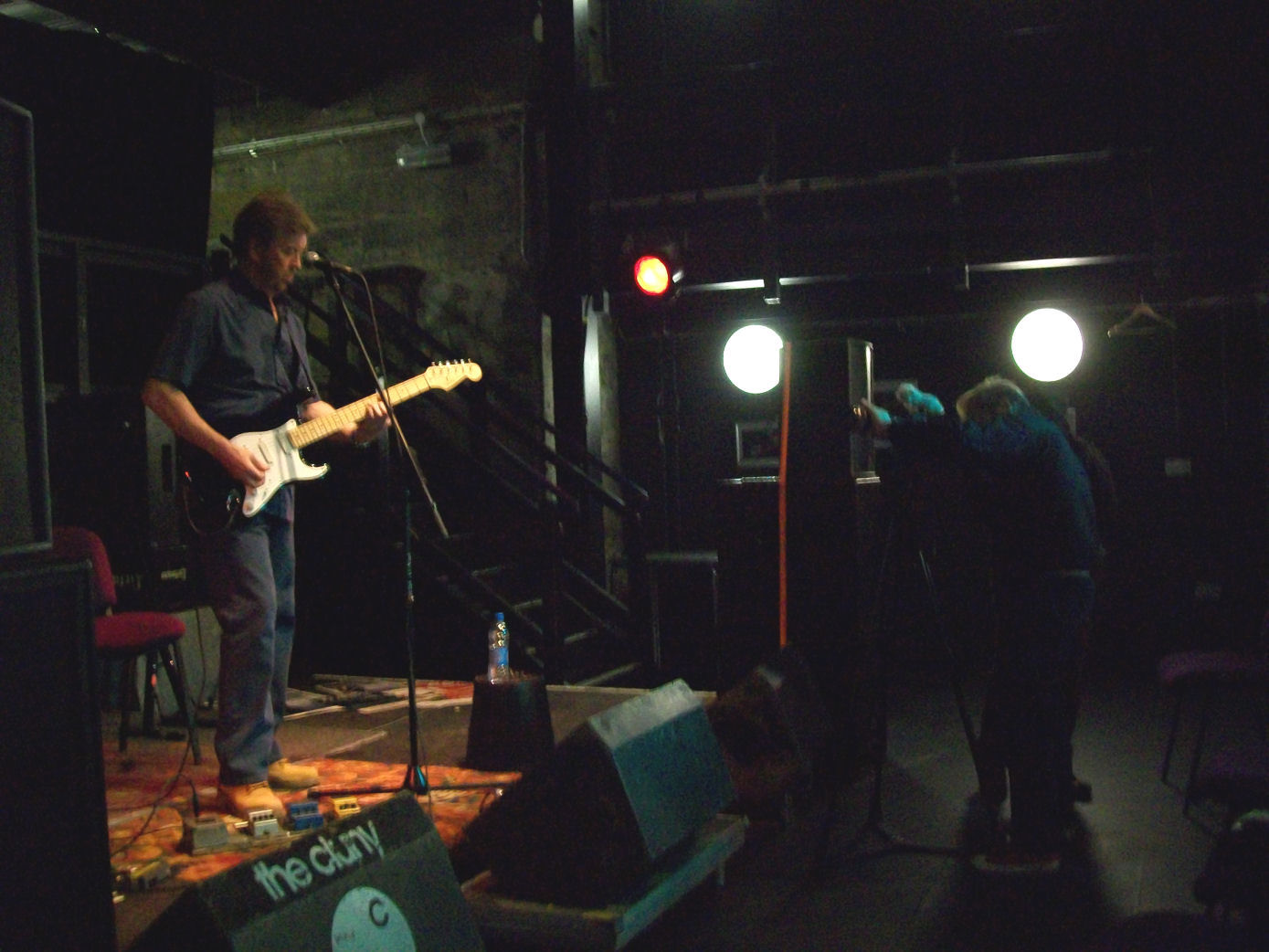 
To watch a short excerpt from"Love Song of Genius" click on the video screen below:- 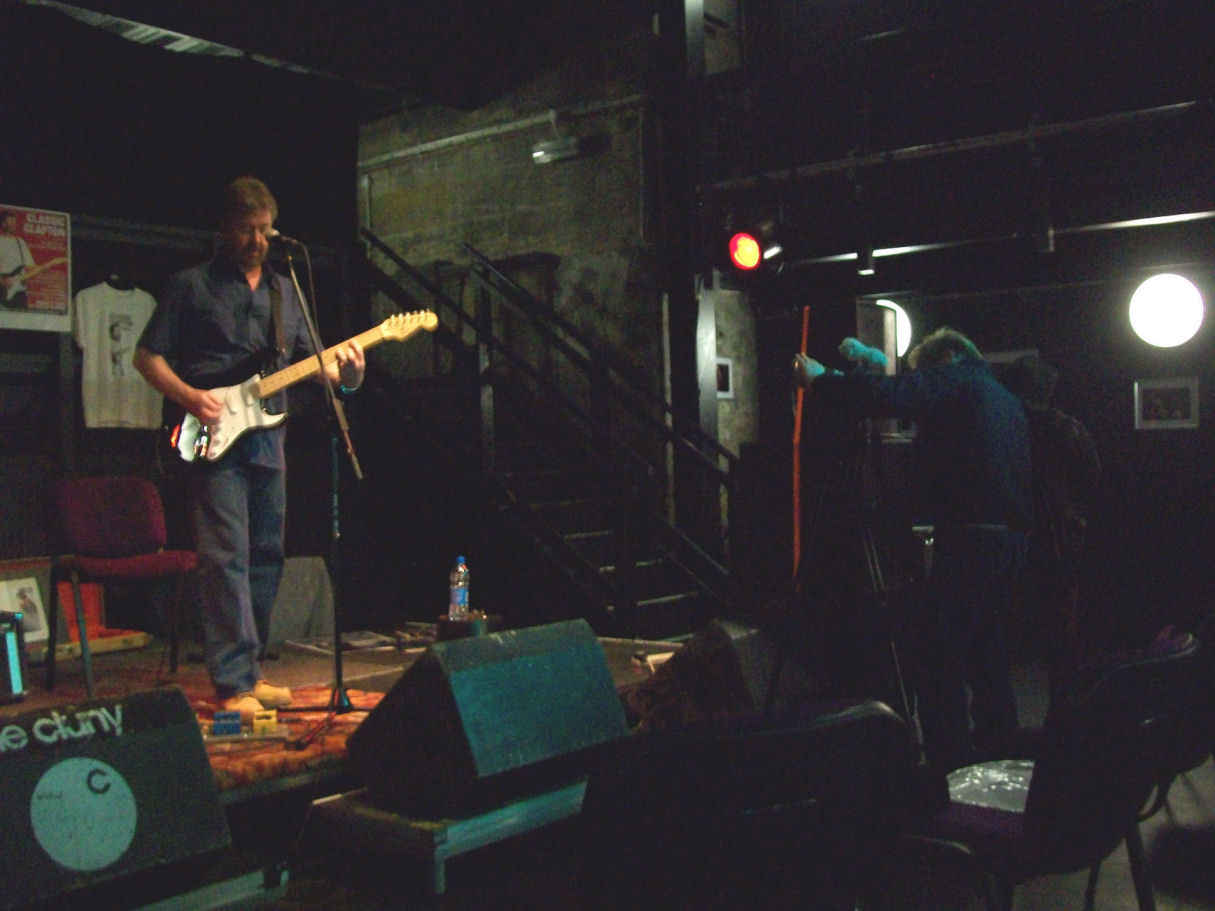 The programme was shown on BS Fuji TV Japan on 3rd January 2013.

To watch a video of After Midnight performing Layla at a recent concert in Irvine, Scotland click on the link below:- 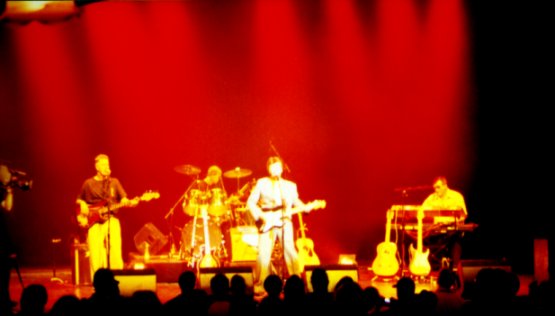 TYNE TEES TELEVISION were so impressed by the band, that they made a documentary about them. They filmed After Midnight's concert at Newcastle Opera House in front of nearly 600 ecstatic fans. The programme, called " COVER THEIR TRACKS" was shown in the Tyne Tees region, on Friday 11 August, 2000. It received rave reviews, leading to national recognition for the band.

To watch a TV review of After Midnight performing in MUMBAI click on the video screen below:-

To see photos from the Mumbai trip....

On 30 June 2012 Mike Hall did an interview on Spice FM to talk about his life in music. You can watch the interview here on YouTube (it is approx 100 minutes long):- 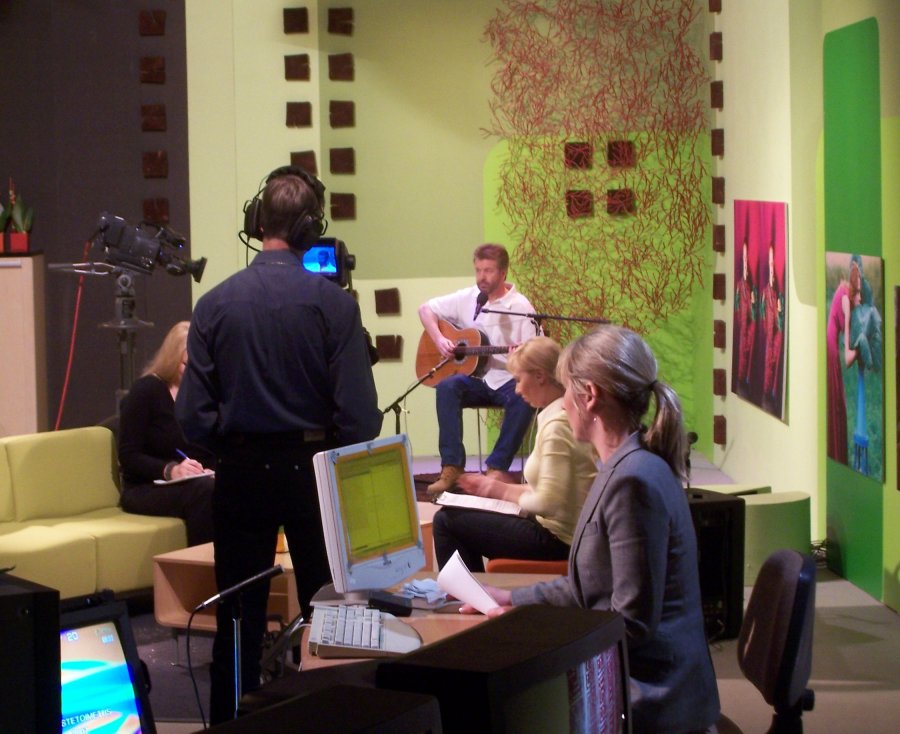 On Wed 4 April 2007 Mike appeared on Estonian breakfast TV. He sang an acoustic version of Layla and also did an interview. To watch Layla unplugged go to Videos

To watch a video of the full interview visit:- www.youtube.com/classicclapton 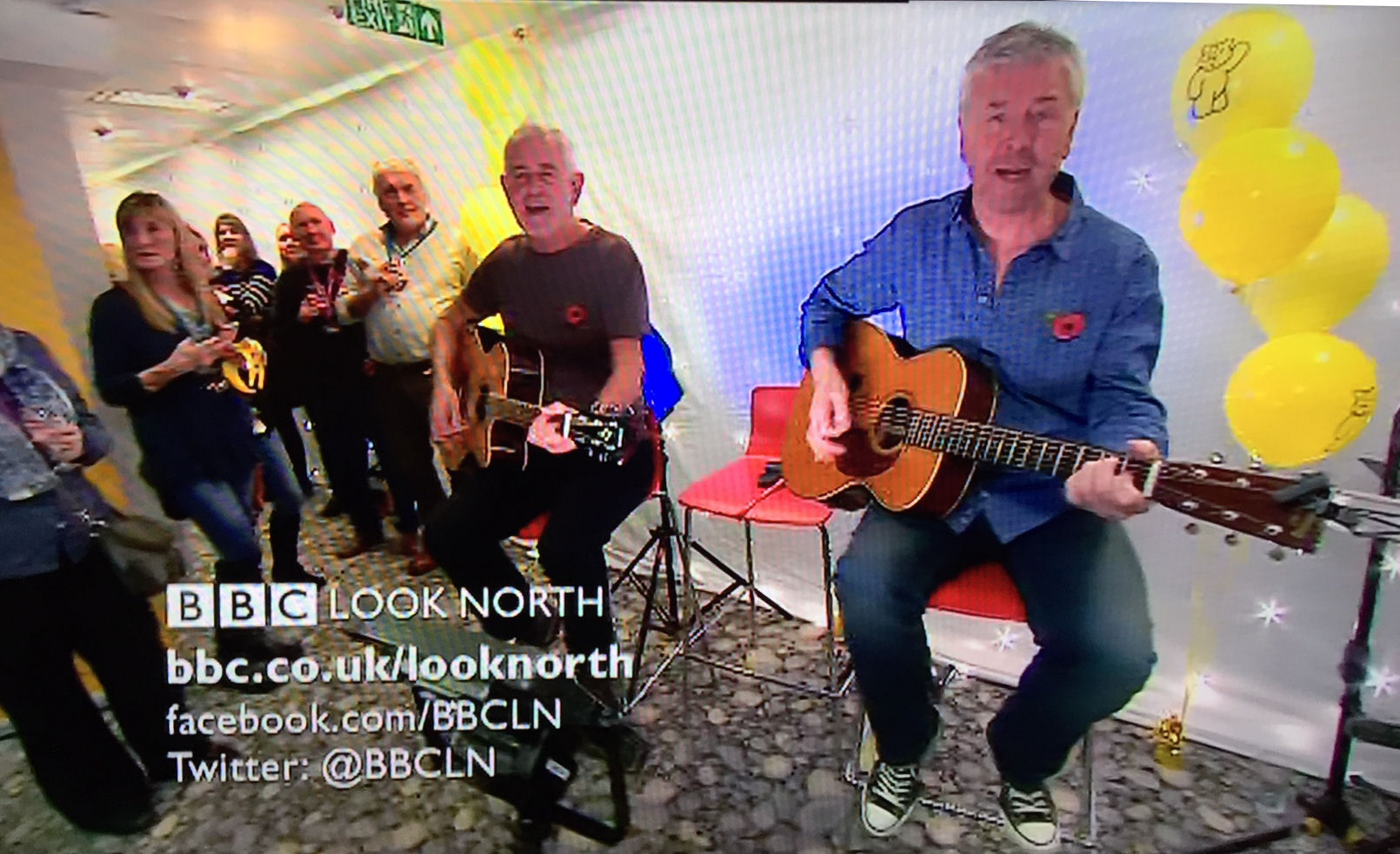 Mike and Dave performed an acoustic gig at The Launch Party for The Look North Weather Calendar (at BBC Newcastle Studios) which was televised.

Mike did an interview on Ireland AM, TV3 on 17th November 2004. He chatted with the two presenters for 10 minutes, then he played a verse of "Layla". The piece was repeated on 21st November as part of the week's highlights.

Mike also did an interview with Japanese TV on 11th February 2004, with 2 female TV presenters called "Imori" & "Ekuay". We hope we have got their names right. It was a kind of spoof travel show. They talked to Mike for a little while, then he played a verse of "Tears in Heaven". If you live in Japan, let us know if you saw it.

In 2003 Mike and John from the band recorded a short session for TYNE TEES TELEVISION. They filmed the duo's unplugged rendition of "Layla" plus a brief interview at Newcastle Opera House. It was included in a programme, called "NORTH EAST TONIGHT", shown in the Tyne Tees region, on Sunday 21 September 2003.

To watch an interview with Mike Hall from the Cover Their Tracks programme, click on the link below (it includes lots of other video clips):-